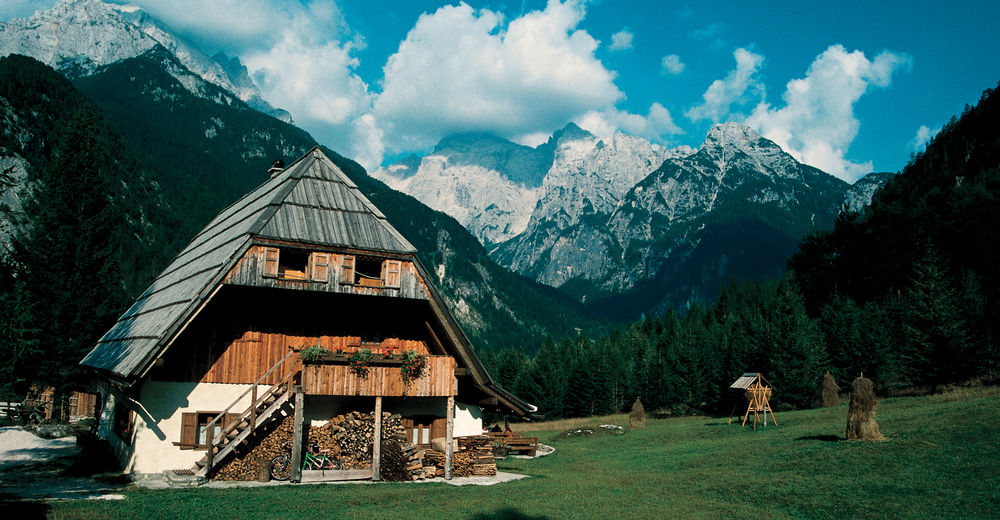 A horseshoe-shaped valley, cut deep into the mountains, opens up into wide gorges.

Along these flow many water sources which feed the Soča River:

From the source of the Soča River to Velika korita (the Great gorge) and Mala korita (the Small gorge) there are many typical houses with shingle roofs and wooden outer staircases and balconies.

There are only two villages in the valley:

Its central part is Na Logu, where the Information centre of the Triglav National Park and guide service, Trenta Museum and the lodge Dom Trenta can be found.

In Zadnja Trenta, the most remote part of the valley, in a basin, we can find Zapotok - a 180 m high steep rock face boasting the highest waterfall in the Triglav National Park.

The Soča River chisels its most remarkable troughs near the village of Soča where the Velika korita are located.
These are 750 m long and plunge to a depth of 15 m between the sides that are, in places, only 2 m apart.

A little higher up the Soča River carves out Mala Korita (small gorge), about 100 m long, up to 6 m deep and in places no more than 1 m wide.