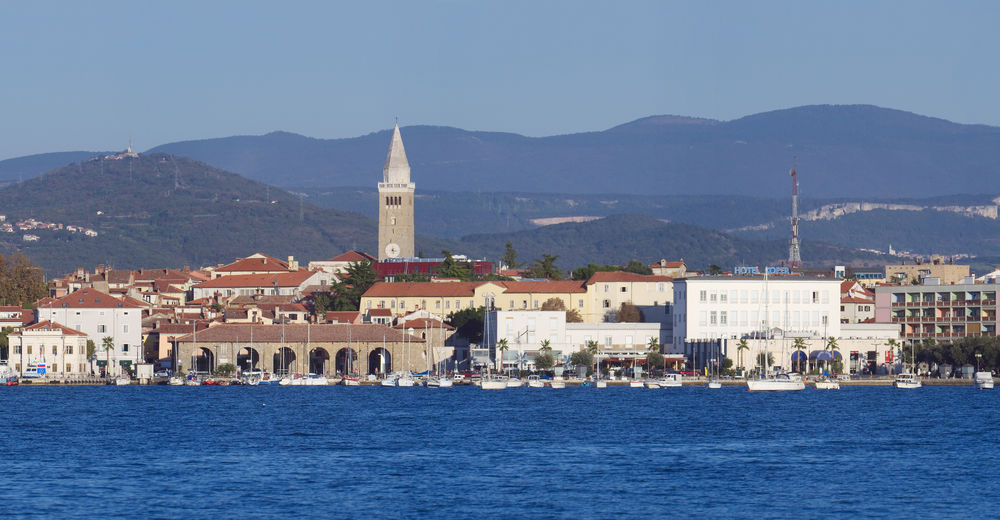 Once part of the countryside surrounding the island city of Koper, the Žusterna settlement is now Koper’s suburb. It abounded in olive growths, vineyards, orchards and also villas of Koper noble families at the time of the Venetian Republic. Its historical roots go back to pre-Roman times – remnants of an ancient fort were found on the hill Markov hrib above Žusterna.

With the discovery of the beneficent influence of the sea and the sun at the end of the 19th century, the area began to develop its tourist potentials, which continues in present day. By World War One, a considerable amount of buildings and infrastructure was constructed. The new houses were primarily built by summer visitors; growing, however, was also the number of private hotels and boarding houses for tourists from other parts of then Austria- Hungary. Žusterna experienced another big wave of private house construction in the 60ies of the 20th century. At the seaside, the old inn and boarding house were replaced by a hotel complex with a seaside resort, motel and swimming pool.

The main tourist centre in Žusterna today is a tourist complex with a bathing area, an Olympic pool, a hotel complex and the Aquapark. It offers diverse water sports and numerous events. 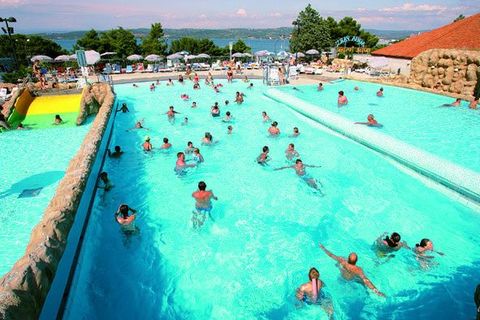